Kentwood offers investors a tremendous, two-tiered value-add opportunity with the ability to achieve 20% rent growth across all units by boosting rents to market while retaining current finishes or fully renovating interiors to compete with nearby renovated apartment communities.

Refreshing the property with minor updates to Kentwood’s exterior will complement the interior value-add program and create a strong brand that supports increased rental rates. Replacing the beige with fresh paint and lively colors, creating a high-end feel with new aluminum and glass railings, and adding texture through brick or stone accents will take Kentwood to the next level.

Kentwood is also bolstered by strong market fundamentals. Located in South King County, Kent is one of the region’s strongest markets with runway for growth. Home to major employers including Boeing, Amazon, Paccar, and REI, the region has seen impressive job growth across all major sectors and experienced the highest rental-rate growth in the Puget Sound Region through current market cycle. 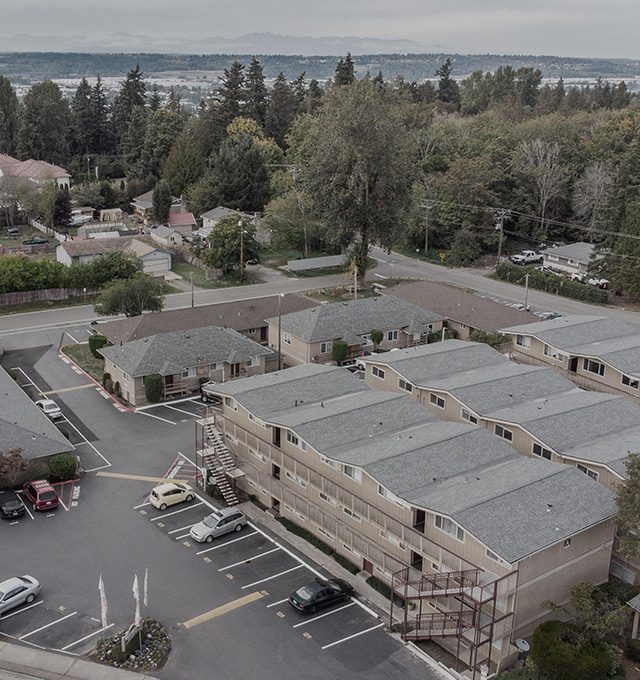 About the Kent Valley

Once a major hops producer, in 1889 Kent was named for the County of Kent, a key hops producing region in England. After the turn of the 20th century the area turned to dairy farming, and was home to a Carnation Condensed Milk plant. By the 1930s, Kent was known as the Lettuce Capital of the World.

The lettuce fields eventually made way for the Boeing Space Center. Boeing began building their Space Center in Kent in 1965, establishing Kent as the industrial nerve center of the Puget Sound region.

Kent Station opened in 2005 as a destination amenity for residents. Extensive retail, residential, and office space is anchored by a branch of Green River College, and supported by a transit center.

From Both Seattle & Tacoma

Manufacturing & Distribution Center in US Colliers International WA LLC is the exclusive Listing Brokerage for this Offering. Dylan Simon, Jerrid Anderson, and Matt Laird are exclusively representing the Seller in the sale of Kentwood Apartments.