This listing has sold. Please visit our Listings page to view apartment buildings and development land currently available for purchase. 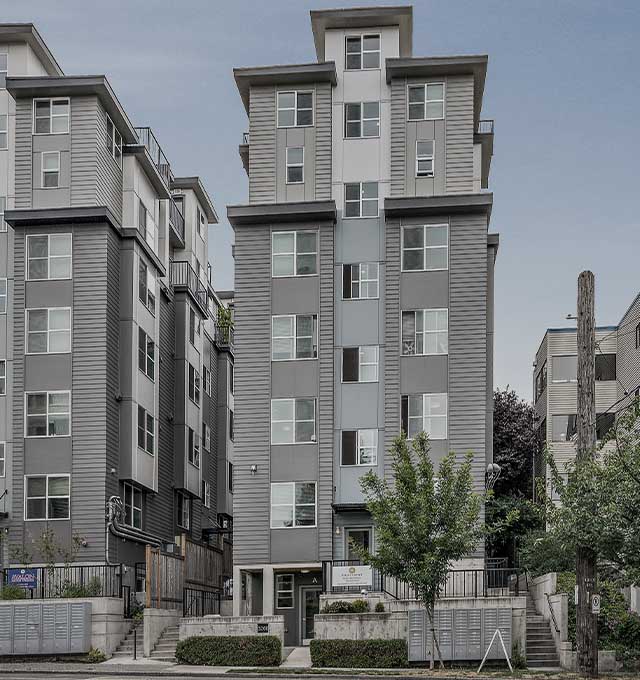 West Seattle has truly transformed over the last six years and continues its trajectory from a nearly suburban residential community on the edge of Seattle to a well-defined urban neighborhood. Despite a rapid increase in the inventory of apartments in West Seattle since 2010, outdoor recreation, an influx of popular restaurants and bars, and proximity to Seattle’s job centers continue to drive demand.

Footprint West Seattle is just up the street from the Luna Park Café — and one look at the establishment reveals everything you need to know about this pocket of West Seattle. The popular, funky 1950s café is the neighborhood’s calling card, and it personifies the area’s quirky character.

Ever since the original Luna Park amusement park brought visitors to West Seattle in the early 1900s, Avalon Way has been a hidden-yet-lively corridor where people gather to work, eat, and thrive. Walk to the West Seattle Brewing Company, jog through Pigeon Point Park, or watch the sunset from Alki Beach.

“The Junction” — one of West Seattle’s thriving commercial centers — is at the fingertips of Footprint West Seattle residents, while downtown Seattle is just a bus or water taxi ride away. For those focused on the long term, the Link light rail expansion will reach West Seattle by 2030 (it’s closer than you’d think!).

Walk to The Junction