Parkside Apartments is a 13-unit apartment building located in the heart of Kent, WA. Built in 1967, Parkside was renovated by the current owner between 2017 – 2019, offering fully updated units and modern finishes for residents. This turn-key investment will provide stable cash flow for years to come, benefiting from growing demand and job opportunities in the Kent Valley, as well as easy access to the Seattle and Eastside markets. Building: Built in 1967, Parkside was completely remodeled inside and out between 2017-2019. Exterior improvements include siding/paint, and second floor railing woodwork. All unit interiors have been updated to feature vinyl flooring, quartz countertops, and slow-close cabinets and drawers, along with updated plumbing and electrical.

Location: Parkside sits close to I-5, State Route 167, and the Sounder commuter train, allowing residents to commute with flexibility among the region’s major employers. Kent’s population has grown more than twice the country average since 2010 and incomes have grown in line with King County as a whole. Fully renovated inside and out 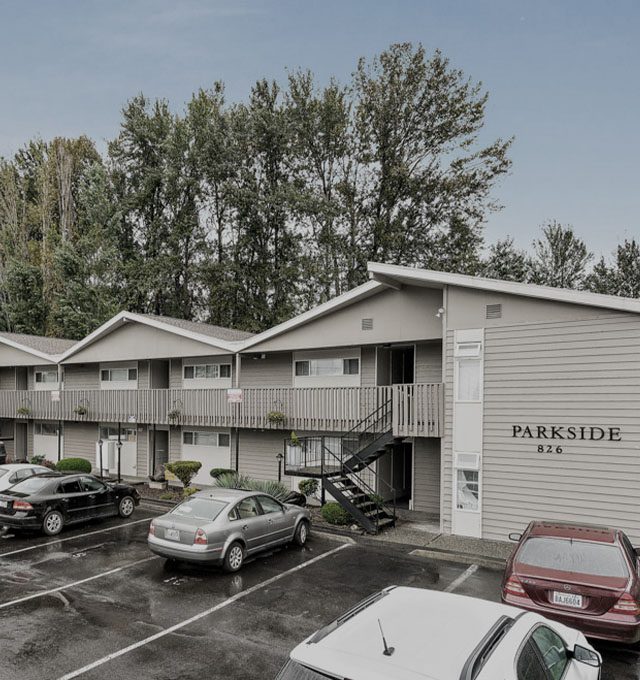 Kent, located in South King County, is the 6th-largest city in the state, with an estimated population of around 125,000.

Located in downtown Kent, the Parkside Apartments sit less than five minutes from major metropolitan transportation hub Kent Station. Kent Station is served by 13 daily round trips on the Sounder commuter rail, which travels north to King Street Station in Downtown Seattle and south to Tacoma Dome Station and Lakewood Station on weekdays. Sounder trains travel from Kent to Seattle in approximately 27 minutes and to Tacoma in 35 minutes. The station is also a major transit hub for King County Metro and Sound Transit Express, with nine bus bays served by several regional routes.

Kent sits in the center of the Seattle-Tacoma metropolitan area, 19 miles south of Seattle and 19 miles northeast of Tacoma. A culturally rich destination, Kent features captivating neighborhoods, award-winning parks, exceptional school districts, and nationally accredited police and fire departments. Kent has seen unprecedented economic growth with an increase in population of roughly 39% between 2010 to 2017. Kidder Mathews is the exclusive Listing Brokerage for this Offering. Austin Kelley, Dylan Simon, and Jerrid Anderson are exclusively representing the Seller in the sale of Parkside Apartments.